When men and women went out in rough cotton. The first kits.

As you pull on your smooth football top you might want to spare a thought for those first footballers who did not get to have such luxury. No one is completely sure where the game of football originates, (some speculating that it was the result of kicking severed heads around a battlefield!) but the closest thing we have is the Royal Shrovetide game in Ashbourne in the Peak District. A ball being kicked about by lads and ladies is thought to be a common occurrence but it isn’t until the laying down of the rules in the Public schools of England that we have a cohesive start. 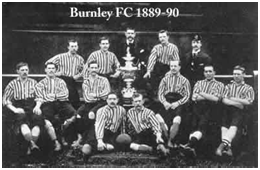 The first proper football club is Sheffield FC followed by Hallam and then Notts County, who have been in the league for one hundred and fifty-seven years until relegation in 2019. But what were these Victorian players pulling on to play? Descriptions at the time suggest that in the good old Victorian fashion they were required to cover up. As Football is played over the Autumn Winter early spring months this was not seen as a problem. We do know that winters back then were still being affected by the mini Ice Age from the medieval era and the country experienced harsher winters than it does now. Therefore a good thick cotton top with collars was most welcome. Woollen socks were drawn up to the knee and long shorts again thick cotton, were worn down to them. The game was a bit more violent back then and it was not uncommon for the players to get a heavy landing from time to time, usually after being kicked up into the air by an over the enthusiastic defender. However, if the weather turned inclement and the shirt became wet it was a very heavy bit of clothing. At least you don’t have to worry about that now with your Discount Football Kits especially if you go to a company like https://www.kitking.co.uk/ 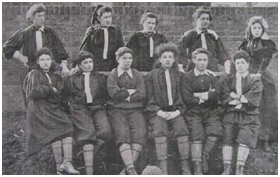 For the feet, the choice was simple and not negotiable. It was the hard leather boot. Although we call them boots now this is purely a heritage term. In the early days, they really were boots, all laced up and up to the ankle for better support. In most cases they were hobnailed, for better grip, and also had steel toe caps. When it rained or the pitch was sodden this increased its weight making skillful play impossible. It wasn’t until the 1950’s that with rubber and plastics a lower “boot” was developed to help skill and speed but also comfort. This prompted many older players to compare them to carpet slippers!

Warm-Weather football Training and the Benefits you receive

How to dress for your body shape

Facts About Why Leasing A Car Is An Intelligent Financial Choice

To be updated with all the latest news, offers and special announcements.

15 Social Media Designs Tips That Will Blow Away Your Followers

How to Avoid Overspending Once Things Get Back to Normal

4 Ways You Can Effectively Deal with Cabin Fever

Jogging or dancing: what should you choose?

Why is Irish butter different from the rest?

How to plan and execute a successful office relocation

How to hunt down that leak in your central heating system

How To Choose The Right MLM Software In 2021

A beginner’s guide to metal bonding

15 Social Media Designs Tips That Will Blow Away Your Followers

To be updated with all the latest news, offers and special announcements.